MARTIAL ARTS FOR BOTH CHILDREN AND ADULTS!

Want Your Child to Be a Leader? See How Martial Arts Classes for Kids Make all the Difference in Children’s Leadership 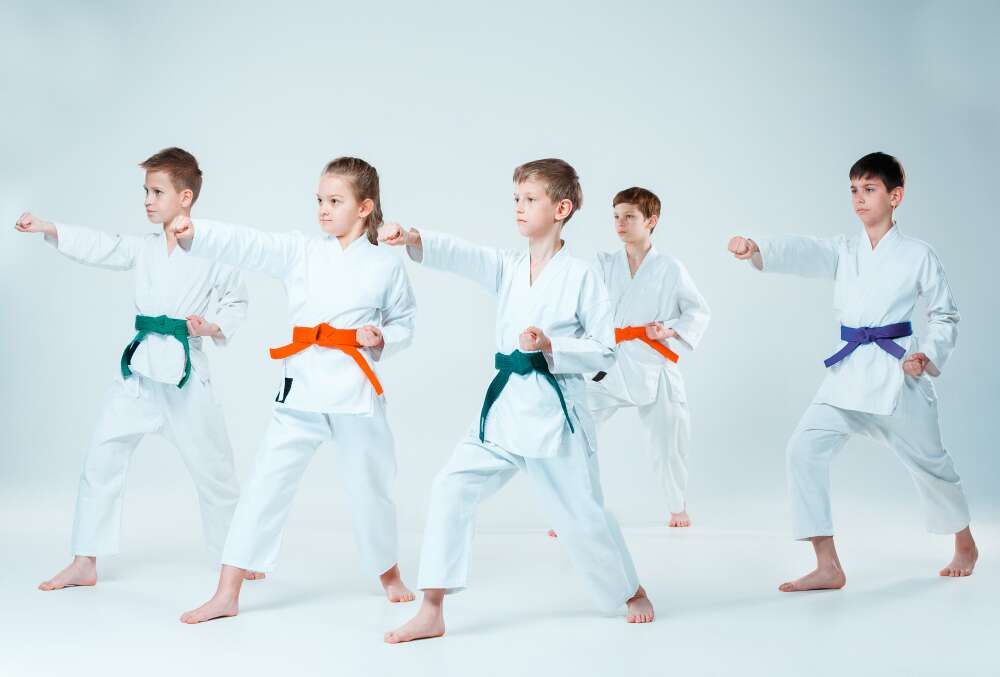 Want your child to be a leader? Martial arts classes for kids are about so much more than just the punches and kicks you see in movies. We say it all the time, but it’s completely true. It’s a really special sport with so many benefits for kids (and adults too!), but right now we’re just going to focus on one little-known benefit of martial arts classes- leadership!

Leadership really starts with discipline. Think of some of the greatest athletes of all time- their best advice is always “never give up”, “stay with it,” “don’t quit.”

These aren’t just cheesy aphorisms. Those athletes are the greatest not necessarily because they were born with supernatural talent, but because they’ve learned discipline.

They’ve learned that doing things they don’t want to do, like hitting the gym twice a day or eating salads instead of sweets, will give them the results that no one else can get. That discipline is what makes them the best.

So how do we instill world-class discipline in our students? Simple. When your child comes to their martial arts classes with Karate International, they’re not just learning self defense moves.

They’re also playing games and doing different activities to build their character and life skills without them even realizing it, courtesy of our awesome instructors. Even better, we use positive reinforcement to help those good habits stick and stay effective.

For discipline, for example, we’ll positively reward them for sitting still and listening to their instructor. As you’ve probably seen in your own children, kids nowadays have shorter than usual attention spans and get bored easily … So we also use disguised repetition to keep students interested and engaged.

We’ll play games where they have to repeat different moves a bunch of times, and over time this format helps them bulk up their discipline muscle and persevere through those short attention spans.

One of the coolest things about martial arts is that the life skills we’re teaching them actually make a difference. There comes a time when we stop disciplining them, and your child naturally disciplines themselves.

They absorb that self-discipline and strive for excellence, not giving up when things are tough, going above and beyond to reach their full potential, using positive self talk… These are amazing transformations for us to witness, and it’s how lasting leadership is fostered in our classes.

Better Grades for a Better Future

It’s not too much of a jump to see how better discipline can create better grades, right? Think of it this way- if your child just can’t get those grades up, it could be because they’re just unable to focus.

Things are distracting them in the classroom, they’re bored, they’d much rather be on their devices… That discipline they learn in martial arts class is going to keep them in their seats and focused on the class until it’s done, even when they would really rather be doing something else.

Once discipline is established, another tool we use in martial arts to help with better grades is focus. Just like with discipline, we’ll play different games that positively reward focused attention in the right places – on the instructor and on the task at hand. Because we have rules in martial arts, and those rules are reinforced by the environment (uniform, instructors, etc.), your child is more likely to listen up and respect those rules here in our studio.

One of these rules is that they listen thoughtfully to their instructor or a peer when he or she is talking, just as a baseline form of respect. No phones or electronic devices are allowed on the mat – it’s only your child, their instructor, and their friends, all having fun as they learn these awesome skills.

Once your child has developed that focus and released some of that desire for instant gratification, they’ll associate focus with positive emotions (I learned how to kick the paddle by focusing really hard! That was awesome!) and then apply it to all aspects of their life, including their grades. That positive association will help them direct their attention in the proper direction- their homework. And then focusing on their homework means better homework scores, better test scores, and voila- better grades!

How Better Grades Makes Your Child a Leader

It’s also easy to see the connection between better grades and leadership. Even if your child’s grades improved just the slightest bit, it would be because of their success skills that they’re implementing all on their own.

That’s the sign of a leader- self-leadership first. When your kid is making progress thanks to their own efforts, their teachers will start to notice.

They’ll receive more positive attention and praise, which will just motivate them even more to become their own leader and build on those success skills. The rest just comes naturally!

Whether they’re captain of a sports team, president of their student council or volunteering in their community, your child’s discipline skills (and all the other skills they learn in martial arts, like respect, perseverance, and focus) will help them become the absolute best they can be. What else could a parent want?

So now that we understand that discipline and focus can have a massive impact on your child’s success, let’s talk about mindset. Mindset is essentially just the way that you talk to yourself, so it’s also known as self-talk.

If you constantly hear that you have all the tools you need to be an outstanding leader, which is what we teach in our martial arts classes, you’re going to go ahead and be outstanding. Our instructors are really amazing when it comes to mindset, and they make sure that each child knows exactly what they’re capable of- which is anything they put their mind to!

Such a critical piece of leadership in any capacity is a perseverant mindset, and that’s what we teach in martial arts. These moves and the way that you coordinate your body to do martial arts is NOT easy. Ask any student, new or old- getting a grip on yourself and learning the moves can be pretty tricky.

When a student isn’t getting something, it’s the difference in their mindset that will determine their outcome. The student who tells themselves that they’re dumb and can’t do it, won’t get it. The student who tells themselves to keep going and never give up, will. And that’s what we teach in our martial arts classes. We make sure our students know that they’re capable of success on and off the mat, and this creates leaders of them all.

Help Your Child Be Their Best- Join Us!

Discipline, focus, perseverance, mindset- these are just a handful of life lessons that kids learn in martial arts classes to help them become true leaders. If you want your child to be the best version of themselves they can possibly be for years to come, join our West Raleigh martial arts classes for kids risk-free and see for yourself what our Karate International Child Greatness program can do! Your child will LOVE it!

Discover why parents love our Preschool Martial Arts Program in Raleigh. It's the perfect blend of gross motor skills, personal development, and character enrichment, and gives your little one an edge when they enter a busy school setting.

Parents LOVE our Raleigh Kids Martial Arts program because it teaches not only self defense, but also vital life skills like focus, discipline, respect, and more! Watch your child's confidence flourish and their grades improve with this awesome Child Greatness program.

Combining confidence-raising fitness and life-changing self defense, our Raleigh Teen Martial Arts program keeps your teen's wellness and happiness in mind. It's time to get your teenager active, making new friends and bettering themselves.

Our Raleigh Adult Martial Arts program combines next-level fitness with next-level FUN- no more boring workouts! It's time to switch up your routine and get the results you've been looking for in an awesome community of like-minded people.

Fitness and Self Defense, two major goals for anyone looking for Family Martial Arts Training in Raleigh. It's time to change up your work out and get the results you've been looking for.

When we say we have the best birthday parties in Raleigh, we mean it. Give your child the perfect party, while you enjoy a stress free day. Your child will thank you later, we guarantee it!

Fill out the form below to

Get Your Spot Now!